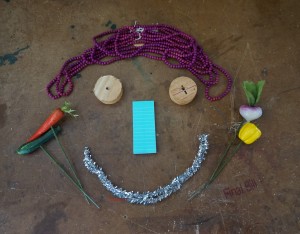 Mari is a Seattle native who began working at a young age in her family’s thriving cafe, bakery, and catering business. Mari was certain the creativity gene had skipped right past her and the business path would be her calling.  But after watching Gever Tulley’s popular TED Talk on "5 Dangerous Things You Should Let Your Kid Do", she knew she had to learn more about kids and building, which led her to reDiscover Center, first as a parent and soon as a board member and volunteer.

Inspired by her two boys burgeoning maker skills — both in and out of reDiscover — and their fantastic mess-making-imaginations, Mari has dedicated an increasing part of her energies to exploring and advocating for creativity education through reDiscover, in the community, and in her own life. Now she’s a jam making, baking, cooking, writing, paper-crafting, struggling left-hand-letterer who keeps trying to get her garden to grow in the sandy soil near the beach. She’s a believer in the importance of developing imagination and fostering the making and creating potential in us all.