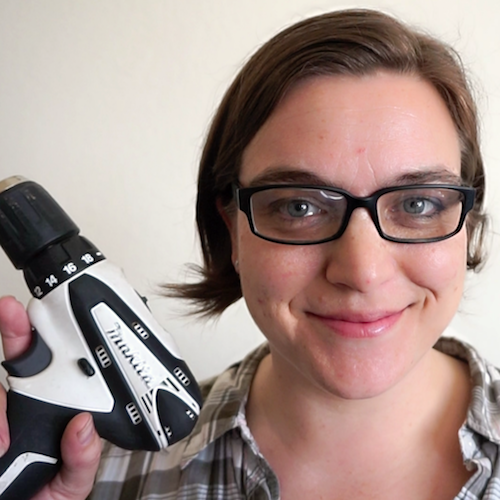 Barb Noren is a generalist who loves getting her hands dirty. A master maker, videographer, musical instrument designer, and experienced educator, Barb has been involved with STEAM education since 1999, and has served as Lead Tinkerer and Director of Programs at reDiscover Center since 2014, where she has guided the growth of summer camps, class series, curriculum, online content, and professional development. She is a 2013 graduate of the Maker Education Initiative's Maker Corps program, and a regular contributor and presenter at the annual Maker Ed Convening and Maker Faires. Her work has been shown at Kinetic Show LA, Two Bit Circus’ STEAM Carnival, GR2 Gallery, and Bay Area Maker Faire, where she has won Editor’s Choice Awards.

Barb is a board member of CRASH Space, a hackerspace in Culver City, which allows her the opportunity to constantly expand her skills. On her YouTube channel, Barb Makes Things, she has produced nearly 200 project videos, how-tos, and educational discussions since 2015, utilizing a variety of tools and media. She is also an experienced sound editor with extensive credits in film and television, plays flute and ukulele, and is dungeon master for the office campaign. Barb has a Bachelor of Music from UC Irvine and did her graduate work in Media Arts and Technology at UC Santa Barbara.